In April, 2010, when Andrew was 2 1/2, a tumor was discovered behind his eye. The tumor was removed, but it was found to be an aggressive cancer. He endured seven months of chemo and six weeks radiation. In December of 2010, the day after his last treatment, he was rushed to the ER with an almost fatal bacterial infection. He survived.

He is now seven-years-old!! I don't visit here much, because during the ordeal, this is where I dumped everything--my rage, my fear, my sadness, my ugly, my hope, my everything. But I want all of you who supported and prayed for us to hear his updates. You helped me survive, and I am deeply thankful. Every once in awhile, I will check in to let you know how he's doing. Please continue to pray that cancer will never return to his body. Thank you.

I promised I would update you--just not very often--and now I will keep that promise. J Guess who is six!?  He is also in kindergarten and "hating" it. J  He loved preschool, so I think he will adjust once he has made some friends, but so far? Not his favorite thing.  Right now, his favorite things are chess (he calls it chest), dogs, and NutterButters. 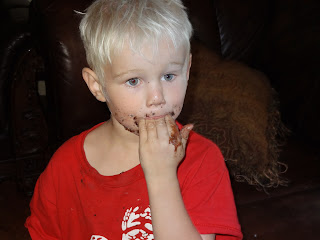 I meant to do a birthday post, like last year, but it has been a crazy few weeks.  Andrew’s birthday was on a Saturday, his MRI and scans (all clear!) were the following Monday, and we left for Europe early Wednesday morning.  Yes, Europe! We went on a cruise.  Two years ago, John suggested it, and we made a down payment realizing that we might not make it if something happened with Andrew.   But! He is doing great. We got to go, and it was amazing.

John’s mom came along, so there were six of us. We visited Dubrovnik and Cavtat in Croatia; Venice, Verona, and Padua in Italy; Piraeus and Athens in Greece; and Izmir and Ephesus in Turkey.  It was all beautiful.  The kids absolutely loved the kid’s program on the cruise ship and begged to attend, so we were able to enjoy some adult, relaxing time.  And there was an Elvis convention on board.  There were men with 70’s sideburns everywhere we went.  Funny. 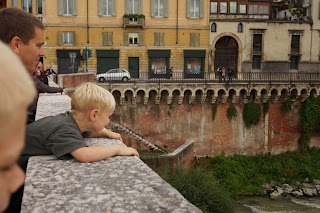 But back to Andrew.  He is doing well.  I am doing well.  My heart still drops into my gut whenever he complains about anything, but I can cope with that.  He has some residual sinus inflammation and congestion, and perhaps a little dry eye due to the surgery and radiation treatment he received to his eye area.   He regularly wakes up stuffy, or complaining that his eye hurts, or that his eye is blurry (freaks me out each time) but once he rinses his eye with water and blows his nose, he is usually 98% better for the rest of the day. 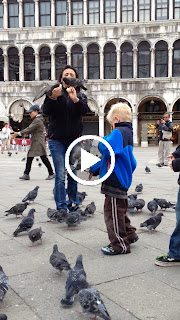 Andrew's favorite part of Europe may have been these pigeons. :)

He LOVES his friends.   He celebrated his birthday with seven or eight of his favorite people and they played and jumped and tore my house apart for two hours. It was beautiful.
I don’t think he loved Europe.  In fact, we may have scarred him for life. J I think it stressed him out.  I think we stressed him out.  Dragging him through the maze of Venice, keeping him up late and traveling for 22 hours straight, eating in restaurants that didn’t serve ketchup… On the day before we went home, he said, “Tomorrow will be the best day of my life!!”  He is happy to be home. 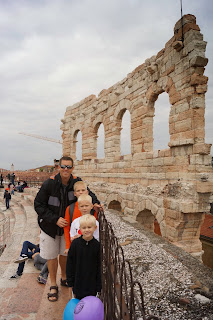 Anyway, I am so grateful every day that he is healthy and happy.  Thanks for all of your prayers!  I hope you are doing well. 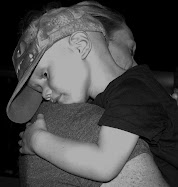 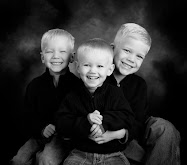 People are often unreasonable and self-centered
FORGIVE THEM ANYWAY
If you are kind, people may accuse you of ulterior motives
BE KIND ANYWAY
If you are honest, people may cheat you
BE HONEST ANYWAY
If you find happiness, people may be jealous
BE HAPPY ANYWAY
The good you do today may be forgotten tomorrow
DO GOOD ANYWAY
Give the world the best you have, and it may never be enough
GIVE YOUR BEST ANYWAY
For you see, in the end, it is between you and God,
IT NEVER WAS BETWEEN YOU AND THEM ANYWAY

More of the Story